Burn before you build: The importance of destructive battery testing 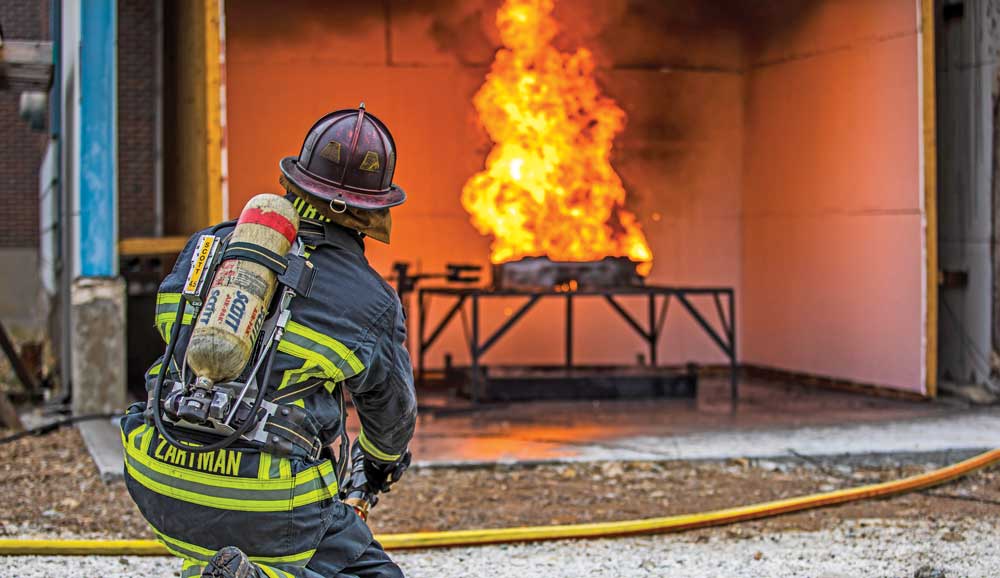 Batteries solve the problem of intermittent solar irradiance and reliable clean energy. With energy storage systems, PV project owners and off-takers can continue using solar power long after the sun sets. After years of hype, battery systems are finally gaining traction in major markets, especially in states such as Hawaii, which no longer offers net energy metering to new residential solar customers. Yet energy storage systems remain a niche application in most of the United States and across the global solar market.

Safety is an important factor preventing adoption of solar + storage. Lithium-ion batteries, the dominant chemistry in energy storage systems (ESS) today, can pose significant risks to life and property when they are poorly designed, installed or maintained. These batteries contain volatile hydrocarbon electrolytes that can cause large, uncontrollable fires or explosions in certain conditions. Fire codes and standards designed to make ESS safer are currently being developed and adopted, but there is significant uncertainty and lack of awareness regarding these safe practices.

We now are facing the consequences

Since May 2018, nearly two dozen large-scale ESS fires have occurred in South Korea. On April 19 this year, an explosion and fire at an Arizona Public Service (APS) battery factory hospitalized eight firefighters, with three requiring airlift evacuation. APS took steps to shut down two of its other battery systems immediately following the event to assess safety concerns. These incidents are raising justifiable alarms with code officials and authorities having jurisdiction (AHJs), the fire service and utilities across the United States and beyond. Many developers, independent power producers and utilities are temporarily pausing operations to reassess the safety of their own systems following these alarming incidents.

The role of burn testing

Fire codes such as the National Fire Protection Association (NFPA) 855 will be instrumental for improving ESS safety. While NFPA 855 and other codes are nearing completion, they are still years away from broad adoption. To deploy energy storage systems safely in the meantime, the industry needs additional test data that proves and validates system response under non-ideal conditions and that helps define product standards.

With better information about how failing batteries behave, stakeholders can identify the risks that are most likely to emerge for first responders, buildings and other infrastructure if an incident occurs. Developers and system owners can therefore design and implement better ways of managing and containing fires and explosions. For example, test results can be used to determine the level of ventilation or suppressant needed, which are both required in storage-equipped buildings or containers. Test results can also determine whether or not water or other nontraditional agents are adequate to contain fires.

Large-scale destructive battery testing starts with understanding the basic composition of energy storage systems. Batteries are comprised of cells — in some cases thousands of cells. A certain number of cells are placed in a single structure called a pack or module. These modules are then assembled in series and parallel combinations to form a full battery system. Compromising any one of the components at the cell, module or system level can result in the escape of flammable gases that may explode when exposed to oxygen and an ignition source. Fires usually originate in a single cell, but they can quickly propagate from cell to cell (an effect named thermal runaway) if the battery system is poorly designed.

PVEL follows the UL 9540A Method for Evaluating Thermal Runaway Fire Propagation in Battery Energy Storage Systems. The standard requires destructive testing of the battery at the cell, module, rack and full system levels. In each case, the cell is heated or otherwise forced into thermal runaway, releasing off-gas until the reaction results in fire, explosion or other thermal event. Dozens of variables related to off-gas composition and release rate, temperature, heat flux, heat release rate and explosion risk are collected at each level.

Burn testing provides insights into where a fire is likely to spread, how quickly and any explosion risks that may exist. This information helps first responders create proper emergency action plans and standard operating procedures for safe, rapid incident response — whether that is to quickly apply water or another extinguishing agent to the fire, or to simply allow it to burn and instead focus on containing the conflagration to a finite and defined area. The results also guide the design of suppression and detection systems, explosion modeling and protection and siting requirements.

Without burn testing, safe ESS deployment will not be feasible. Insurance companies are also taking note of ESS risks because of the fires in South Korea and Arizona. It is reasonable to believe compliance with standards will soon become a requisite for financial backing and insurance.

The standards and codes the industry needs for ESS safety are a work in progress. Although burn testing is only required in a few jurisdictions today, PVEL anticipates that it will be mandated across the vast majority of U.S. jurisdictions by 2021. The codes that we expect to be adopted also require large-scale fire testing to overcome a number of extremely conservative spacing and sizing requirements for battery systems.

With the right information, the industry can leverage this promising technology without undue risk to life or property, even before much-needed standards and codes are refined, implemented and required.