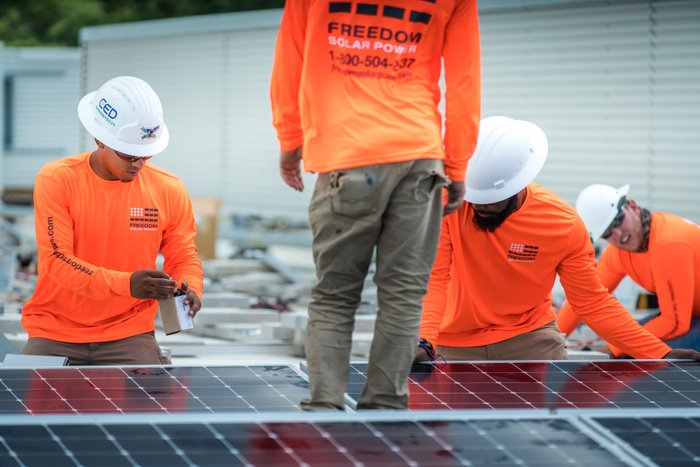 Austin, Texas-based Freedom Solar just had its most successful year since its founding in 2007, due largely to the increasing number of homeowners and corporations going solar. Freedom Solar grew revenue by 75% to nearly $50 million, completing 1,288 commercial and residential installations in 2019 for a total of 13.69 megawatts (MW) of solar power in comparison to a total of 8 MW of solar power in 2018.

Growth continued to accelerate throughout the year, culminating in fourth quarter revenues of $16.5 million and nearly 4.8 MW installed — 35% of the full-year total. Since its founding, Freedom , an authorized SunPower dealer since 2016, has installed more than 67 MW of solar panels, which produce enough power each year to power more than 7,000 Texas homes and avoid greenhouse gas emissions equivalent to taking 15,000 cars off the road for a year.

“The shift toward solar energy just keeps building in both the residential and business markets,” said Freedom Solar CEO Bret Biggart. “More Texans than ever before are discovering that clean, reliable power sourced directly from the Lone Star State’s abundant sunshine is an affordable way to take control of their energy costs now and in the future.”

Residential sales increased by a wild 94% in 2019, driven by growing consumer interest in solar, especially in the competitive electricity markets across Texas.

San Antonio and Austin have historically been the largest solar markets in Texas due to rebates offered by the municipally owned utilities. As the price of installing solar continues to fall, there is growing interest in solar and backup power among homeowners in the deregulated areas where 85% of the state’s population lives, including Houston and the Dallas-Fort Worth metroplex.

Almost half of Freedom Solar’s 2019 residential sales came from the Austin market, about one-quarter each from San Antonio and DFW, and 10% from the Houston market. 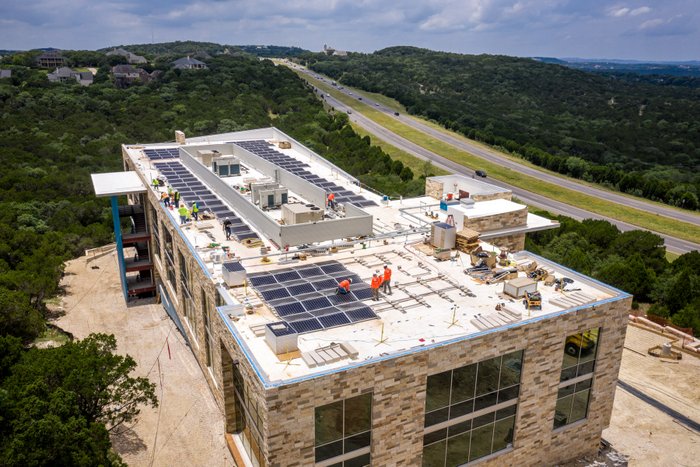 Commercial solar is also growing as businesses strive for differentiation in a competitive labor market. Over the past year, Freedom has seen a growing trend toward solar among Texas automobile dealerships, which consume roughly 18 percent more energy per square foot than the average office building, much of it attributable to lot and display lighting. But Freedom is also seeing solar growth in industries such as financial institutions, hotels, multifamily housing and distribution centers.

Click to Read  Want to boost your solar sales in 2020? You better learn to TALC

The power of a Millennial workforce

To illustrate, Biggart pointed to a survey of 1,000 employees of large U.S. companies. Nearly half of all respondents and three-quarters of millennial workers said they would be willing to accept a smaller salary to work for a company that is environmentally responsible.

Further, more than a third said they would devote more time and effort to a job because of their employer’s strong sustainability program, and upwards of 10% said they would be willing to take a $5,000-$10,000 pay cut to work for such a company.

“Millennials will make up 75% of the work force within six years, and environmental responsibility is an important issue to them—far more so than to Gen X or baby boomers,” Biggart said. “Large enterprises that demonstrate a serious commitment to environmental sustainability are realizing an ever-increasing competitive workplace advantage in terms of attracting and retaining the brightest and best employees.”

Freedom projects continued growth in 2020 of more than 80%. The company expects to add more than 400 new projects during the first quarter alone.

To service its expanding business Freedom added 82 new employees in 2019 and 14 so far this year, for a total of 160, and anticipates adding 89 more employees by the end of the year.

This rapid growth has required moving to larger offices in three out of the company’s four markets it serves to accommodate new employees. With warehouses and full local operations in each market, Freedom is equipped to provide faster, more efficient installations than ever before.